Poetry reading with Dean Bowen, Megan Burns, and Whitney Mackman.
This is the last one of the season.

Lazy Larva is a performance by Eglė Budvytytė channeling multiple entities and ideas bruised by modernity and extractivism through a form of a song. The work explores the potential of rhyme, repetition, sonic alteration of the voice and the proximity of the performer to induce the audience into collectivity and singing.

Medusa: A Tender Version is a performance by Eglė Budvytytė and Tomislav Feller, attempting to reconnect Medusa’s body back to her head. The gaze, the hair, the snakes, the stones, the gods—they all enter the space of a performance in no particular order to celebrate the agency and the voice of a female monster.

Eglė Budvytytė is an artist based in Amsterdam. She graduated from Piet Zwart Institute in Rotterdam in 2008, and since then has been working at the intersection between performing and visual arts. Her work was shown amongst others at Lofoten International Art festival; Block Universe Festival, London; Art Dubai commissions 2017; Liste, Art Basel; 19th Biennale of Sydney; De Appel Arts Centre, Amsterdam; CAC in Vilnius;and Stedeljik Museum in Amsterdam. Budvytytė was resident at Le Pavillon, Palais de Tokyo, Paris, in 2012 and at Wiels, Brussels, in 2013.

Tomislav Feller is a choreographer and performer based in Amsterdam. He graduated from the School for New Dance Development (SNDO) in 2010, and since then has been making collaborative projects, giving workshops, and exploring states of body through movement. Tomislav works between Amsterdam, Zagreb, and Los Angeles and has performed for for many influential international choreographers and artists such as Steve Paxton, Deborah Hay, Tino Sehgal, Jeanine Durning, Ame Henderson, Mala Kline, Matija Ferlin and Martin Nachbar.

Presented in collaboration with Dawn DeDeaux / Camp Abundance. Supported by Mondriaan Fund, Jacuzzi, and from the Consulate General of the Republic of Lithuania in New York.

An image-rich talk on queer time by Simon(e) van Saarloos and performance by Maryboy.

Can a 30 year age difference between two lovers result in something other than ‘having a past’ versus ‘having a future’? Inspired by Jack Halberstam’s quest to illegibility and to live a life that cannot be traced, Simon(e) celebrates her invisible lover (because woman, because older, because queer). When together, random people identify them as mother and daughter. Simon(e) reappropriates the apparent incestuous outlook of her relationship as she tries to imagine a non-linear future.

Drawing from Denise Ferreira da Silva and Paul Preciado as well, Simon(e) questions how time approaches us and how we approach time.

Maryboy is a genderqueer, andro glam drag star based in New Orleans.

Simon(e) van Saarloos is a US born writer and philosopher, living in Brooklyn, NY and Amsterdam, NL.

Admission – free and open to the public

Big Thank you to PARSE NOLA and the FRONT for the equipment and chairs. Without you we wouldn’t be able to do these wonderful garden events.

“Ghosts can be very fierce and instructive. They cast strange shadows.” – Flannery O’Connor

Filmmaker Bianca Lucas (PL, based in Paris) is developing two films that are strongly connected to the south, inspired by both Southern Gothic literature and its obsession with redemption. During The Anatomy of a Ghost, she will contextualise her current research by sharing her earlier films (Before Passing, Bogeyman) as well as a short video essay completed during the Deltaworkers residency. While in residence, Bianca is reflecting on trauma and breaking patterns of violence. She wonders if sometimes the only way to see a ghost is by first finding its shadow.

At Deltaworkers, Bianca is both exploring her fascination with Southern Gothic and broadly researching the region’s past and current traumas. She is scrutinizing both in the context of patterns of violence, searching for possible solutions to breaking them. She hopes for her stay to culminate in a feature-length script and short film.

The feature length, docu-fiction project follows a young man living in a community on the Louisiana-Mississippi border. A history of brutality and grief (partially rooted in colonialism and slavery) seems to taint many personal lives in this community, by virtue of cursed energy. Many residents take the ‘blue pill’ to forget: drowning the echoes of past ghosts out in alcohol, gambling, crystal meth, and sensationalist television. Confronting not only the history and paradoxes of this blood-soaked land, but also the protagonist’s own family’s painful past, the project aims to look at the ways in which, as a society, we deal with inherited violence. Is it possible to break free from patterns dictated by communal and personal trauma?

The prospective short film project focuses on the process of so-called psychological ‘de-carceration’, by looking at processes involved in the re-socialisation of both domestic violence survivors and ex-convicts.

Bianca is also researching the history of the so-called Fiancées de la Baleine- the ‘undesirable’ women recruited from an asylum in Paris and shipped to Louisiana to help populate the French colony. This project looks into old notions of what ‘undesirable’ (so-called ‘hysterical’) women were considered to be, how this still shapes our perception today and, more generally, into the often-forgotten brutality of the original french colonies in Louisiana and Mississippi. This research is conducted towards a feature-length fiction film.

Bianca completed her first degree at Goldsmiths College, University of London. In 2017, she graduated from a three-year filmmaking course at Béla Tarr’s the Film.Factory, Sarajevo. Her films have been screened at festivals such as International Film Festival Rotterdam, New Horizons International Film Festival, Premiers Plans d’Angers, Winterthur Kurzfilmtage among others. Throughout her studies, she has been mentored by filmmakers such as Carlos Reygadas, Gus Van Sant, Abel Ferrara, Pedro Costa, Apichatpong Weerasethakul, Guy Maddin, Agnieszka Holland, and many more. Her work seeks to occupy the intersection between narrative fiction and documentary cinema. She is currently based in Paris.

Tuesday May 29 at 6.30PM, book presentation by Alexandra Martens, at The Stacks, 900 Camp Street (inside the CAC). 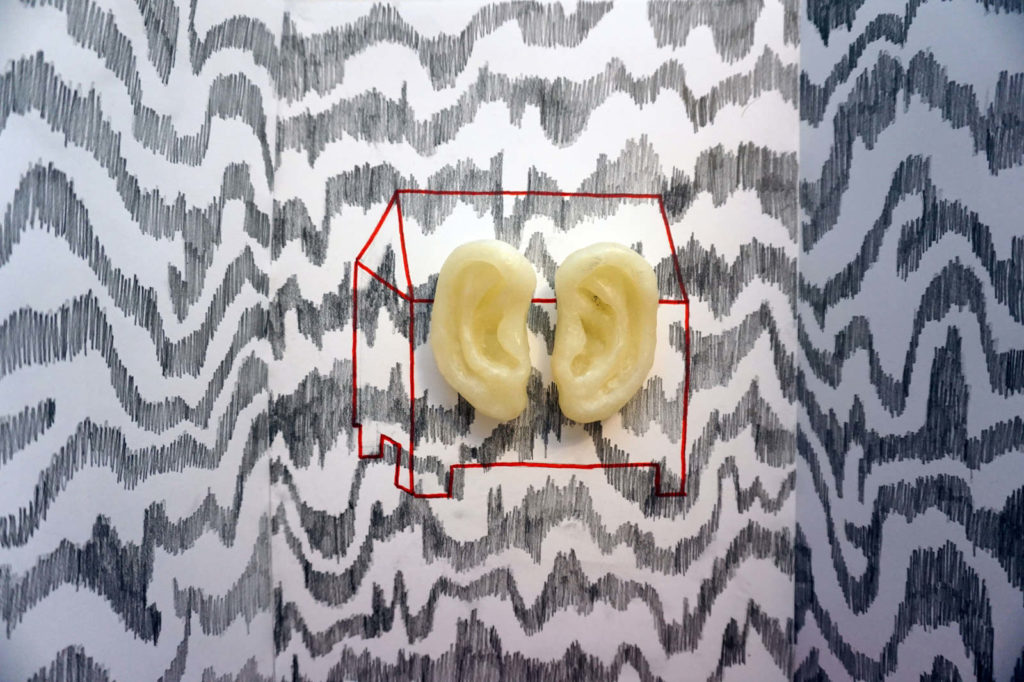 Join us for our our last event of 2018! Alexandra Martens Serrano will present ‘Taal-is-man’ a publication she has been working on at Deltaworkers, exploring images and narratives that trigger the disruption of  systems of knowledge by referencing human relationships to objects/symbols and the effects and paradoxes these exchanges have on our understanding of reality. We’re also working hard to finish our new line of t-shirts. Brad Benischeck is responsible for the 2018 design.
May 11, 2018 2018, Event Deltaworkers 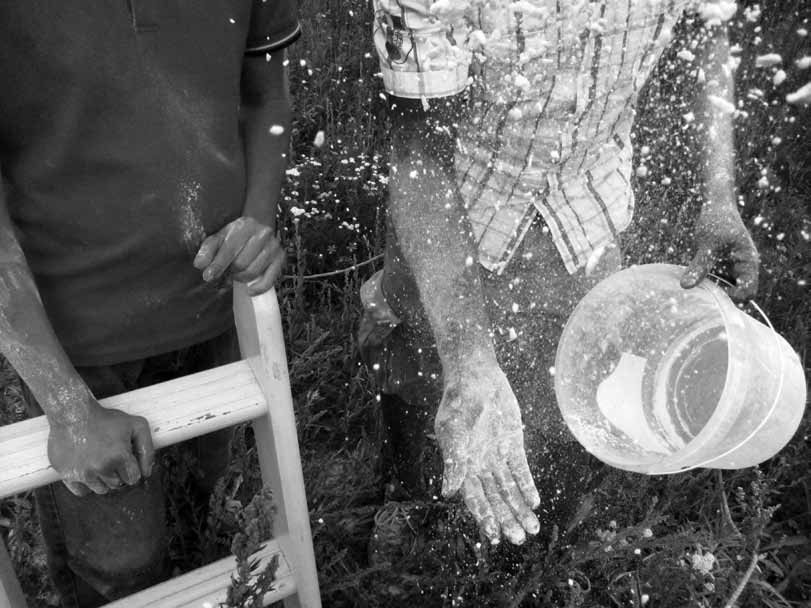 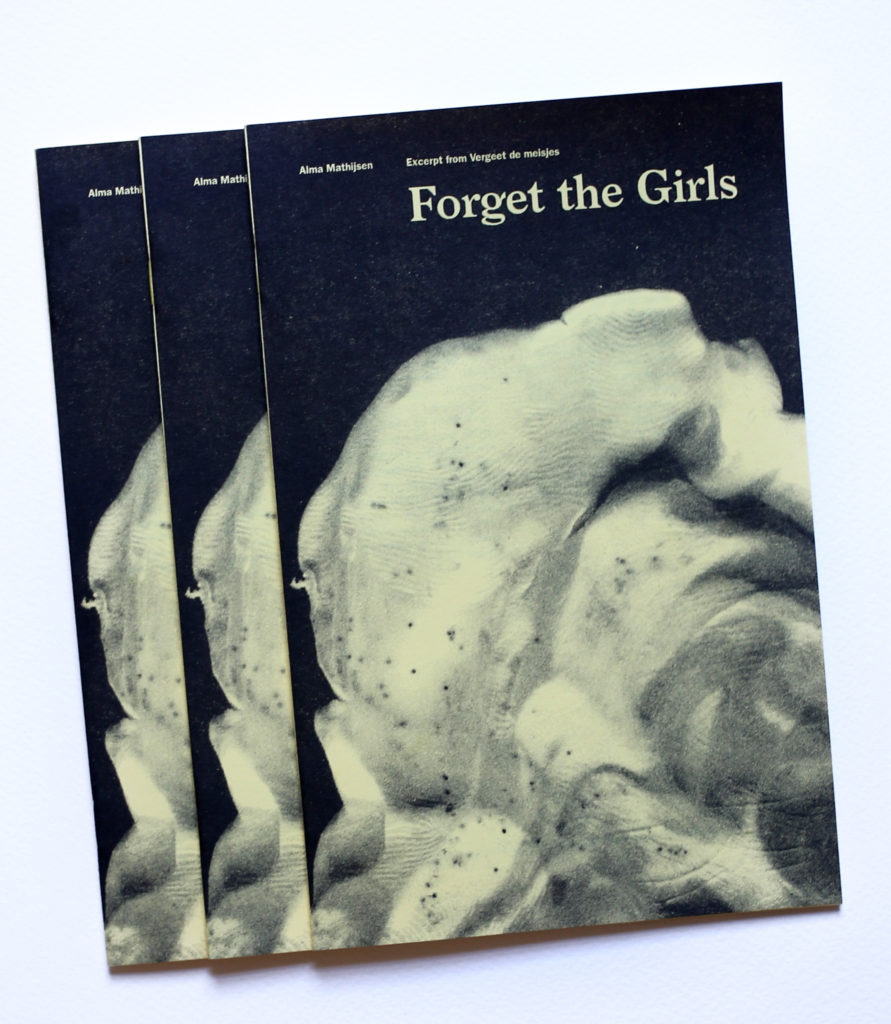 Forget the Girls
Deltaworkers and the Dutch foundation for literature present a partial English translation of Alma Mathijsen’s novel Forget the Girls.

Forget the Girls shines a new light on friendship, which is at least as intense and complex as a romantic relationship. In this novel Alma Mathijsen explores the thresholds between devotion and obsession, between self-sacrifice and egoism.

Please contact us at info@deltaworkers.org to order a copy of Forget the Girls or to attend a reading in New Orleans. 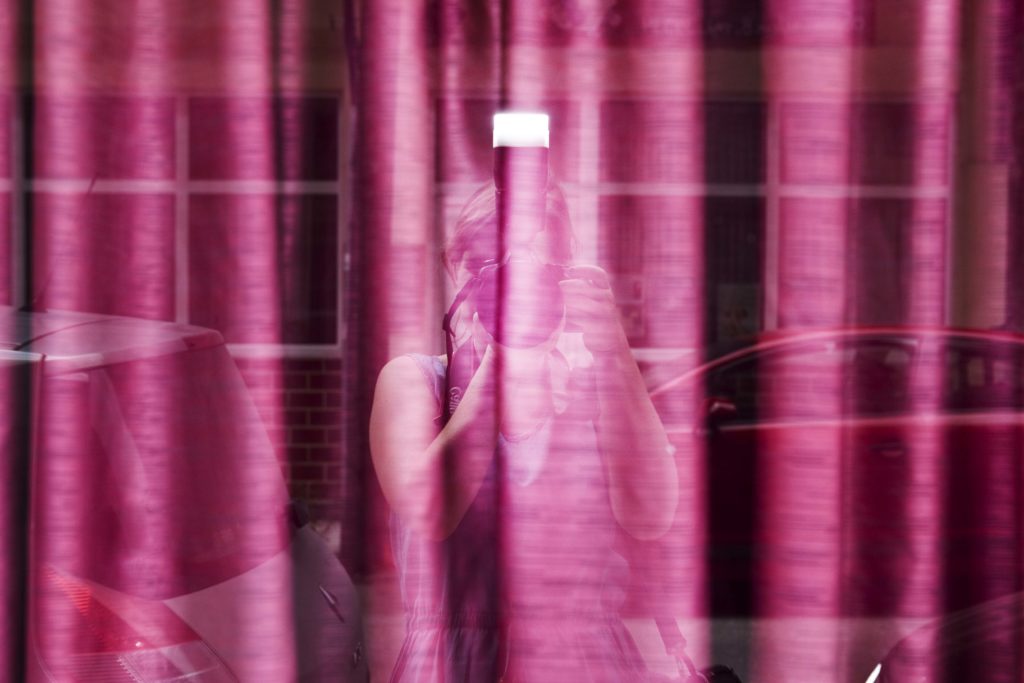 Belgian photographer and photo editor Io Cooman is often confronted with issues around representation while working for major newspapers in Belgium and The Netherlands. In New Orleans, Cooman is working towards a better understanding of how to deal with these problematics as a professional. After screening the Appalshop film Stranger with a Camera (Elizabeth Barret, 2000) she will give a short presentation on her work followed by a discussion with the audience.
March 28, 2018 2018, Event Deltaworkers 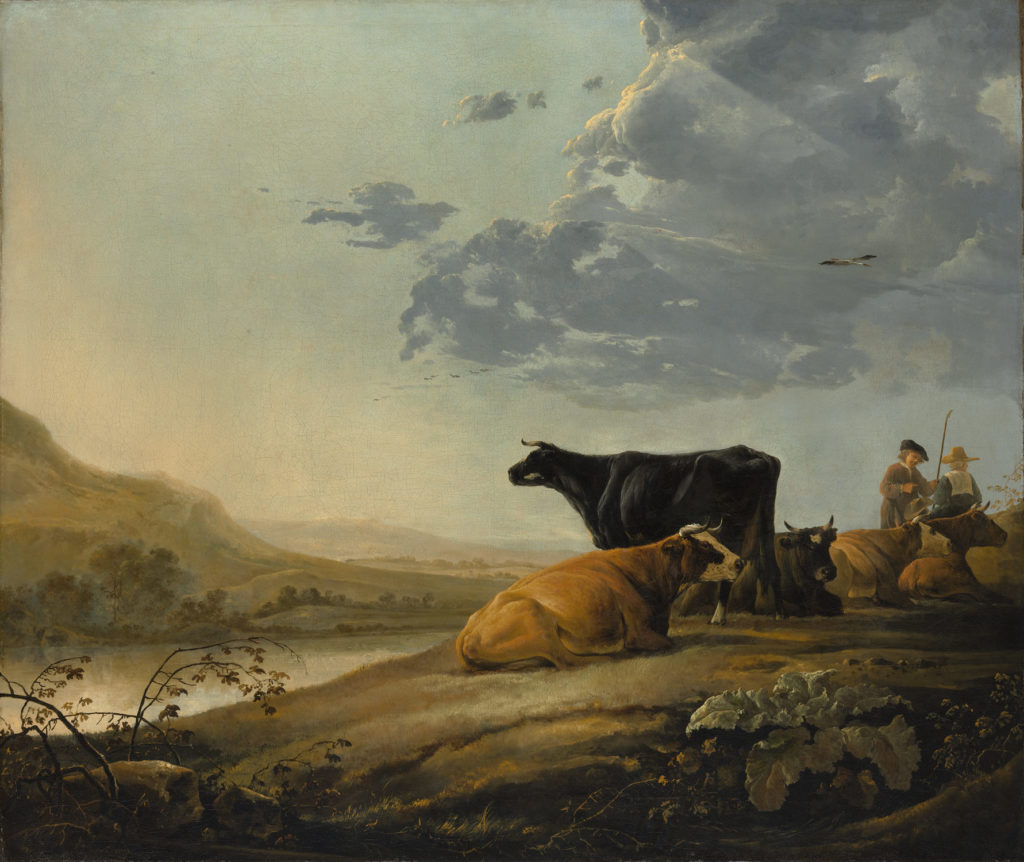