Deltaworkers presents their second resident artist for its fall program 2015. Léa Triboulet (1987) studied scenography at the Ecole Supérieure des Arts Décoratifs de Strasbourg, where she started to make shorts films and received her masters degree with honours in 2010. In 2013 she joined the Film Factory, an international program lead by the Hungarian director Béla Tarr in Sarajevo.

She has a poetic and contemplative approach to cinema; a cinema of contrasts, silence, empty spaces, waiting and loneliness but also of hope, movements and contradictory feelings. In New Orleans she will specifically focus on mixing fiction with documentary whilst investigating how to deal with affection in a cinematic form.

At Antenna Gallery Triboulet will present two films and talk more about her research in New Orleans.

Ina’s everyday life is regulated by sessions of posing for her companion, a painter. They live together with his younger brother in an old apartment. 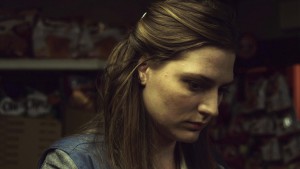 Sofia runs away from boarding school with the address of her grandmother in her pocket whom she does not know. 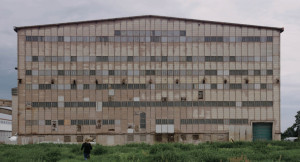 ← The Colour Out Of SpacePAULALIEN KNOWS BEST →