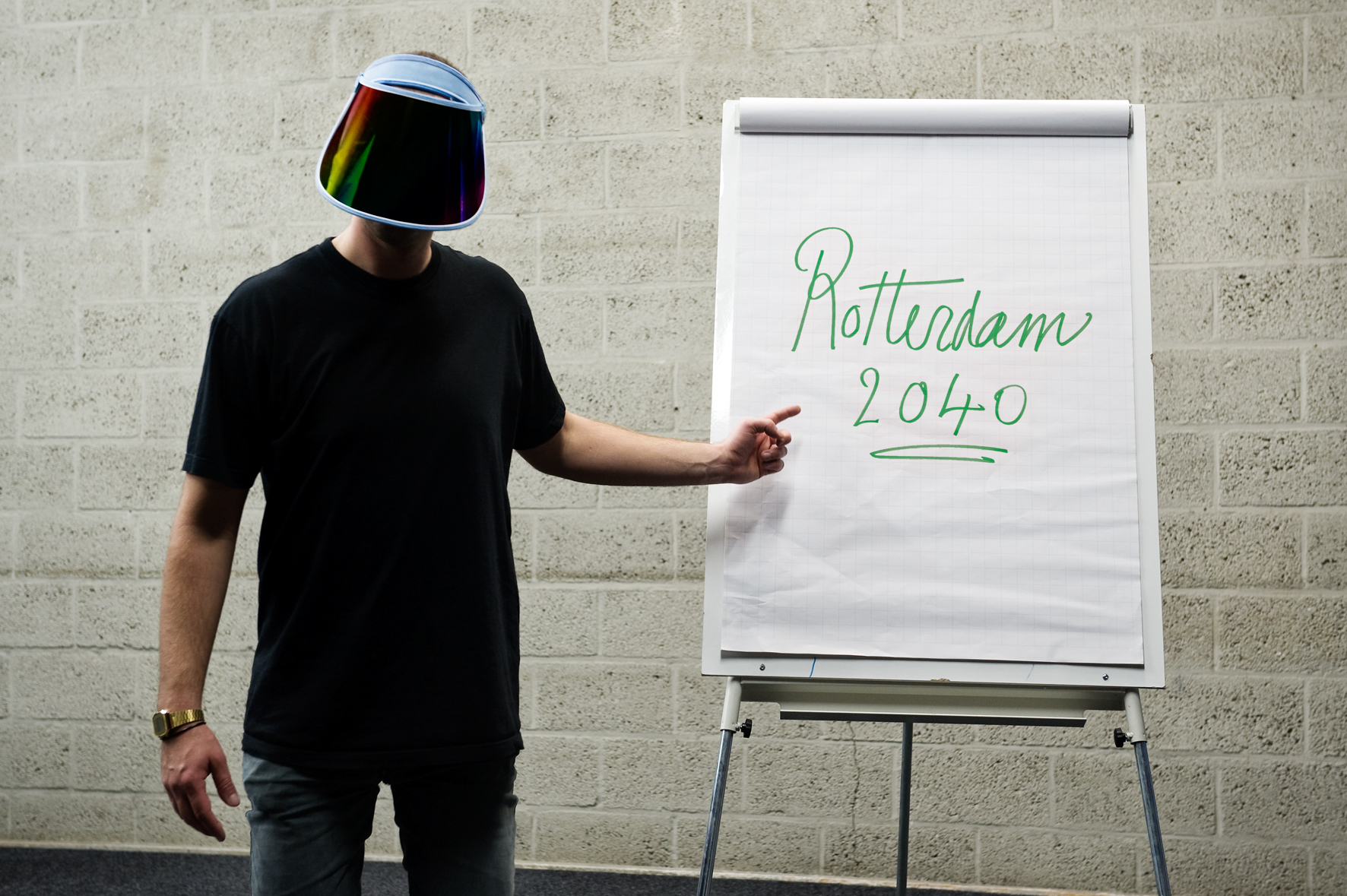 Deltaworkers
The brand new Deltaworkers international residency program introduces itself to the city of New Orleans on the 18th of September, kindly hosted by PARSE. After a short introduction about the residency and the artists that will join in the coming months, Deltaworkers directors Maaike Gouwenberg and Joris Lindhout would like to show where they come from by screening the feature length film Rotterdam 2040 from artist Gyz La Rivière. Artist Timmy van Zoelen and musicians Stan Vreeken and Jasper Slijderink are the first in town and will be there to meet y’all.

Rotterdam 2040
Deltaworkers’ home town Rotterdam is comparable with New Orleans in many ways. They are both big crescent cities with a large working class population, poor in comparison to the national average and located in a river delta.
Rotterdam 2040 is a film about the city’s future, departing from the principle of Gyz La Rivière that you can not look ahead without considering your past. At high speed, La Rivière reconstructs the history of Rotterdam from the time before the W.O II bombings until now, and expands the developments to the year 2040 (100 years after the bombing and the 700th anniversary of the city).
for more info: rotterdam2040.com

Gyz La Rivière
Gyz La Rivière (1976, Rotterdam) is one of the two HuMobisten and also works as a solo artist. He mainly does performances, makes videos and installations. Besides being an artist he does a lot of design projects. Art started playing a role in his life when he started skateboarding in 1987.La Rivière’s work is about being restless, bored and saturated. He gets his inspiration out of the enormous daily amounts of images, infographics, logos and icons that reach our perception through our mediatic culture.

Gyz La Rivière studied fashion design at the Willem de Kooning Academy. In 2000 he graduated as the first ever student without a collection. In 2002 he was awarded the Rotterdam Maaskant Prize. In 2009 he directed the film 12 – a film about the Fret Click. In 2011 he received ‘The Praise of Folly’ Honorary Pin from the Comité Erasmus and in early 2013 he won the Dolf Henkes Prize for iconic Rotterdam-based artists. Recently he published 13 minuten, his ninth publication.

← A City That Breathes MusicDeltaworkers has landed in New Orleans! →