One of my favourite things to do in the Southern States is road tripping. Obviously my life here is largely determined by the needs and whereabouts of the residents. If one of them wants/needs to undertake a road trip and time permits me to tag along I always do a little dance of joy. At the very start of the 2015 residency period, when Jacob Dwyer was the only resident that had arrived yet, our landlady Dawn DeDeaux needed to get some things from her studio in Fairhope, Alabama. Jacob, Maaike and me all jumped in the car and off we went. 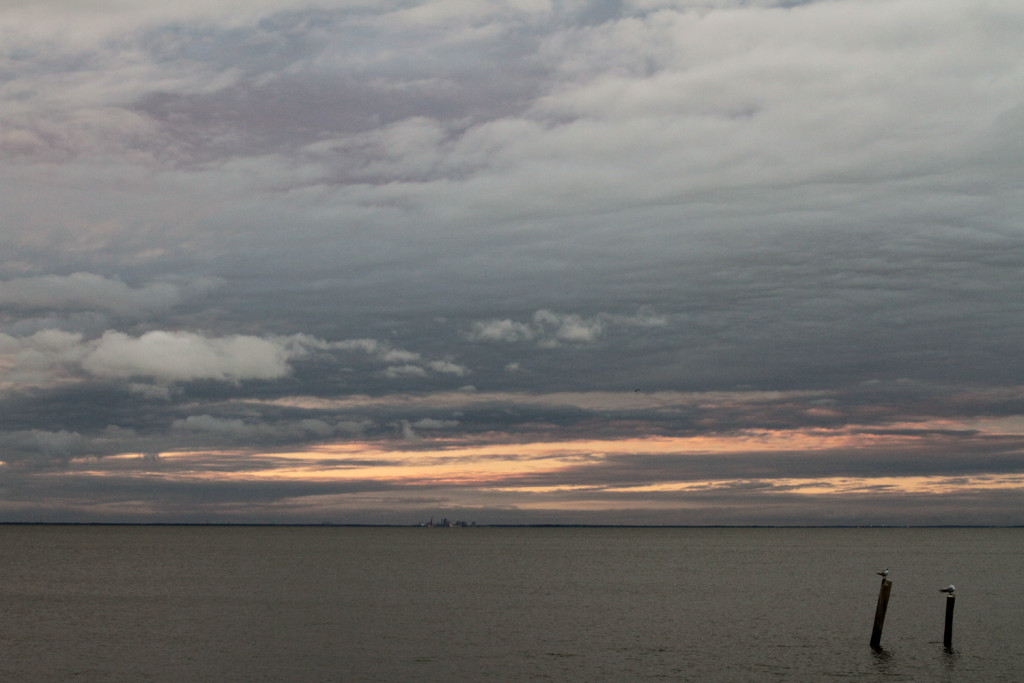 Two things I like to do when road tripping in the U.S. are listening to the country radio channel and laugh about poetic gems like ‘She Cranks My Tractor’, ‘Redneck Crazy’ or ‘Drunk on a Plane’, and talking about food. Locals aren’t usually so into laughing about cheesy country songs and since Dawn was with us we spent the ride talking about food. Days before we had entered a discussion about which place in New Orleans served the best fried chicken, probably because the landmark closest to our new compound is a Popeyes. Now we were wondering where fried chicken actually comes from. Most U.S. foods can be traced back to European, African or even Asian dishes quite easily. For fried chicken none of us was very sure. It’s definitely one of the most popular foods in the South and we thought we might be on to one of the very few truly U.S. foods here! 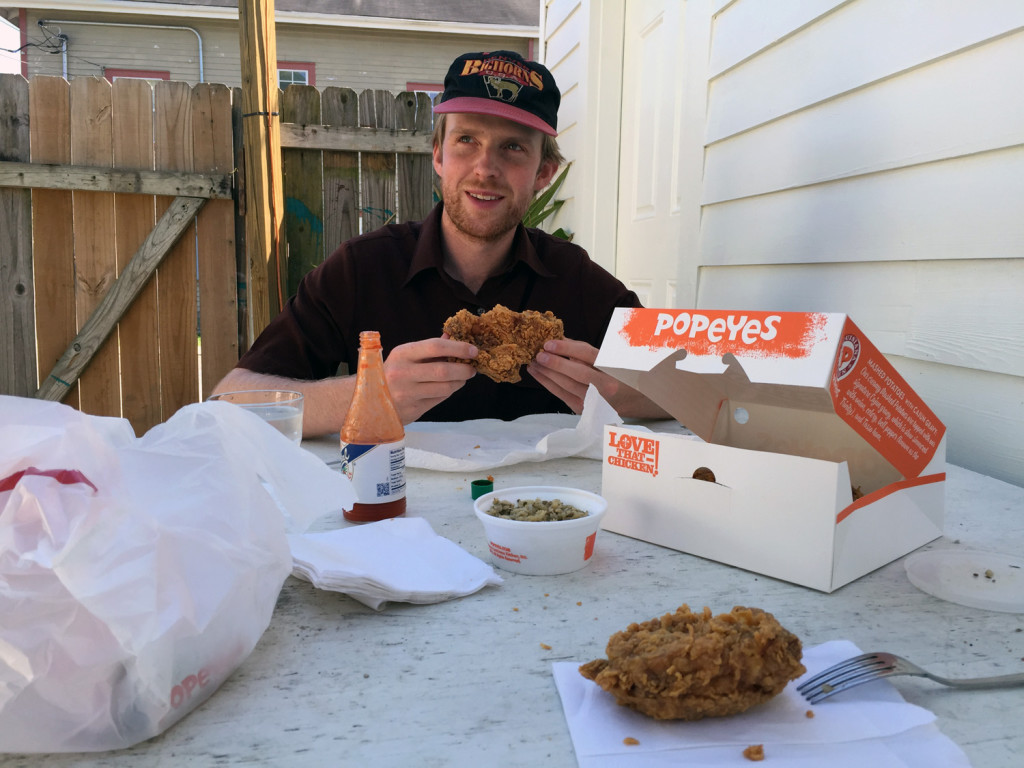 Not entirely sure about this I did what we do these days in such situations: I searched Wikipedia. Turns out that fried chicken comes from Scotland and West Africa, two countries from which a very large part of the Southern people originally came. The Scots in search for freedom and independence, the people from several West African countries as slaves. Scots would fry chicken in lard unlike the rest of North Europe, where they would usually bake chicken. But the most important influence on the taste of fried chicken today came from the West African slaves: the spices in the batter. Slaves were usually allowed to keep a few chickens and they would fry them on special occasions, adding local spices to increase the flavour.

The rest of the trip we spent thinking of an original U.S. food that one could eat with class and dignity, without getting sauce and/or grease all over the place. We concluded at Waffle House eating bacon, eggs, hash browns and pecan waffles for breakfast. We did eat with knifes and forks. 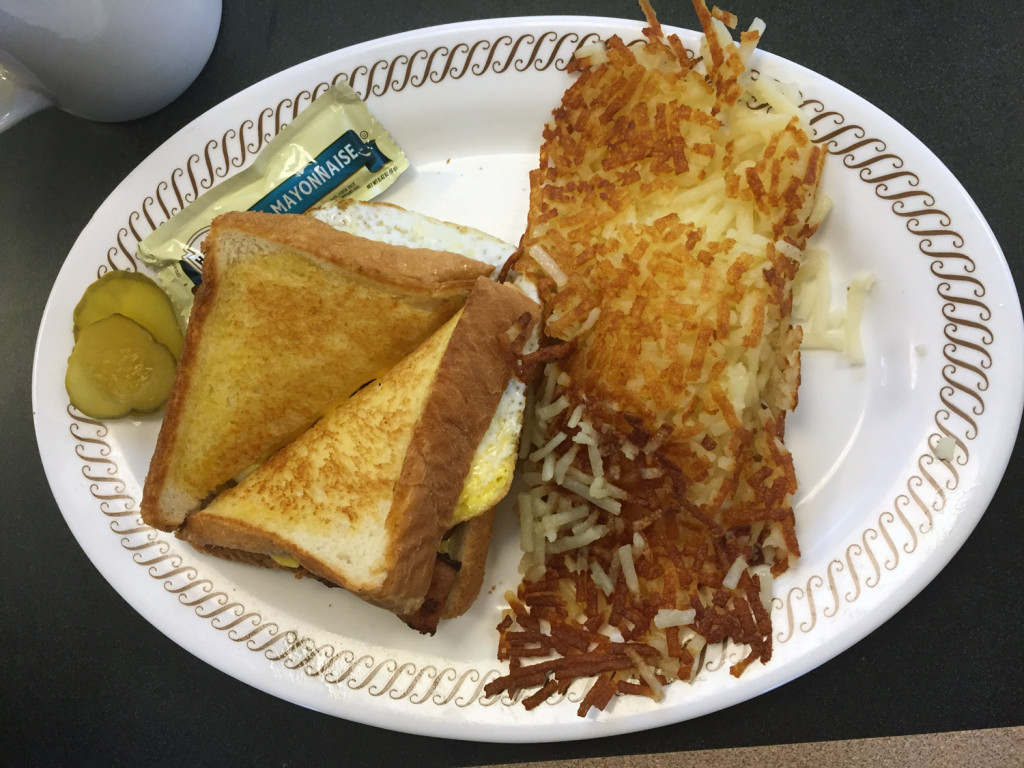