Maarten Vanden Eynde’s work is situated exactly on the borderline between the past and the future; sometimes looking forward to the future of yesterday, sometimes looking back to the history of tomorrow. He has been exhibited internationally in independent art spaces, centers for contemporary art and museums of modern art. In 2005 he founded the organisation Enough Room for Space, a mobile platform for site-specific projects, together with Marjolijn Dijkman. Vanden Eynde is represented by Meessen De Clercq Gallery in Belgium and Kunstruimte Wagemans in The Netherlands.

As part of the project Congo Recall, he wants to revisit New Orleans and look for the remnants of Congolese culture. New Orleans, and to a large extend the Deep South (or the Cotton States) as a whole, is the landing place of African culture in the United States. The first ship that arrived in New Orleans from the other side of the ocean, included two African noblemen (most likely from the Kingdom of Kongo), who were free men and equal explorers. Only after the trade agreement with Portugal ended in war, people from the Kingdom of Kongo became enslaved people and were transported to America. By 1860, the highest number of enslaved people ever to arrive in Louisiana were coming from the Kingdom of Kongo. For a long time the largest slave market in America was based in New Orleans. The connections are still present but either popularised (~ Congo Square) or unclear (~ Mardi Gras Indians).

The research project Congo Recall refers both to the ‘recalling’ of mal-produced objects, which are send back to the manufacturing company for review after malfunctioning, and the ‘recall’ button on a telephone to call back the same number in case of a bad or no connection or when the line was occupied. But most importantly it is a focus on how Congo is ‘recalled’ or remembered today, by Congolese people themselves and by the rest of the world. At the same time it offers an opportunity to imagine how Congo will be ‘recalled’ in the future. 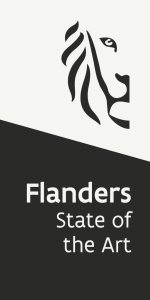